Susan Orlean on Her Idiosyncratic Travels in "My Kind of Place" 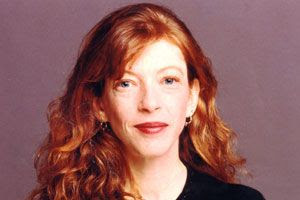 (Originally published in the Newark Star-Ledger in December 2004)

Hands down, Susan Orlean is my favorite journalist to interview. She showed up to our coffee date eight-and-half months pregnant with her son. A New Yorker staff writer, Orlean was very funny, charming and truly engaged with the interview at hand.

Here is our interview:


New Yorker writer Susan Orlean has developed a stellar reputation for her travel pieces, from following a group of American women to the obscure country of Bhutan for fertility blessings to writing about a small supermarket in Jackson heights, Queens. Orlean’s work involves hanging out with her subjects, allowing the personalities to develop themselves, then subtlely folding in the social and the historical context of the essay.

In her new book “My Kind of Place: Travel Stories from a Woman Who Has Been Everywhere” (Random House, $25), Orlean takes her readers on trips near and far, from a taxidermy convention in Springfield, Illinois, to a Paris record store that is a musical hub for African exiles in France. Orlean’s compelling stories, most from The New Yorker, move from the “Tiger Lady” of Jackson, New Jersey, to the misunderstood world of trailer parks. Along the way, Orlean explores the eerie world of baby beauty pageants after the murder of JonBenet Ramsey and the big-money business and dubious investment value of limited-edition artworks in a profile of artist Thomas Kinkade.

Orlean, 49, was raised in Cleveland, Ohio, and educated at the University of Michigan. She wrote for Rolling Stone, the Village Voice and the Boston Globe before she joined the New Yorker in the early 1990s. Orlean is the author of the the bestseller “The Orchid Thief,” “Saturday Night” and “The Bullfighter Checks Her Make Up.” She lives with her husband John Gillespie in Boston. Orlean, who is expecting her first child, spoke with freelance writer Dylan Foley in New York City.

Q. What made you write an epic New Yorker essay about a small Queens, New York, grocery store?

I went there almost every day for six weeks. It was a complicated world and I felt I needed that amount of time. If you are there very briefly, the anecdotal material is not going to come out in a typical Q&A. I don’t even like asking questions. I’d rather let it emerge organically. I like it when people forget when I am there. If you don’t have enough time, you won’t get the “found art” of being in a place for a long time.

Q. How did you hone your skills in long-form nonfiction?

A. Working on “Saturday Night” (a book on Saturday night activities around the country) was like going to graduate school. Those chapters were each in a sense long-form narrative nonfiction. It was a great experience to write pieces that were 10,000 words long. It prepared me for writing pieces for The New Yorker. At The New Yorker, editor Chip McGrath was a mentor, who helped with structure.

Q. In your piece on Afric’ Music in Paris, how did you wind up covering the tortured history of the Congo and the music?

A. I love the music of the Congo, but there never seemed to be a narrative, a story to tell that wasn’t just an historical recounting. Finding the record store that very real and had its own story was very lucky. It was a portal to the historical story. I felt I could back into the story. I love these “tip of the iceberg” piece. It is an attractive, interesting tip, then it widens out into this complex story. Often if there is a lot of politics, history and culture, that scares people off. I think it is all in the storytelling. If I were sitting at the dinner table, the story would take the same form.

Q. What interested you in going to Bhutan on a fertility blessing tour?

A. This was a piece of wonderful serendipity. I was flipping through a magazine and I saw an ad, “Fertility Trip, Bhutan.” It described the trip briefly. What really got to me was the fine print at the bottom of the ad, which said, “If you do not wish to have a child, you are not required to have a child.” It cracked me up. I don’t think I even knew where Bhutan was. This was an amazing, weird, wonderful trip. I don’t like one-dimensional stories. I like passing through multiple doorways. The trip worked out so well. I didn’t know the trip leader was going to bring her baby (allegedly conceived after a fertility blessing).

A. These women had relied a great deal on science and suddenly they had reached a point where science hadn’t served them. Why should we believe in in vitro fertilization anymore than we should believe in going to a fertility festival? The women took it very seriously. There was nothing kitschy about it. Even when you were holding your stone phallus and feeling a bit silly, it was done with sincerity. That’s the whole nature of faith.

Q. What motivates you to go to such offbeat places like a taxidermy conference or Bhutan?

A. If I didn’t have a natural appetite and curiosity for doing things that I don’t usually do, it would be hard to do my job. I have a contrarian impulse...Here’s something I find totally weird, so I want to find out about it. When I worked at Rolling Stone, I always wanted to write about bands I didn’t like. Going to a taxidermy conference is like going to an alternative universe, but if you are going to demean it, why go? There is a kind of grander impulse, to say to readers, I am going to lure you into a world that you didn’t think you’d find anything to sympathize with, but it’s worth it to pay attention. I’m impatient with that feeling, “If its not like me, I can’t possibly understand it.” It’s a dangerous mindset to cultivate.

Q. What is your kind of place?

A. I like eccentric places. This is hard to quantify, but I also like authentic places. I love a place that feels like it came into its own on its own. Knowing me, when writing about Florida, that has very little that is authentic, I can go into the cheesiest chain restaurant and find it fascinating. You wonder, gee, where do they get all that fishnet? I like the accidental nature of life. As a writer, that is my bread and butter.
Posted by Dylan Foley at 8:21 AM