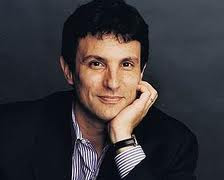 Several days after Hurricane Katrina almost destroyed New Orleans, New Yorker editor David Remnick was on the ground in the devastated city, interviewing survivors and sorting through the catastrophic federal and local government relief failure. The resulting profile of the chaos was a highly effective picture of human tragedy and government incompetence.

In his collection, “Reporting”(Random House, $28), Remnick collects a decade of his masterful New Yorker profiles, from the implosion of boxer Mike Tyson to the masochistic election campaigns of British Prime Minister Tony Blair. Covering the dissident writer Aleksandr Solzenitsyn’s return to Russia and Al Gore in the post-2000 election wilderness, Remnick goes deep, with nuanced, incisive portraits of important public figures. He gets past the steel doors of public relations to find revealing images of writers Philip Roth and Don DeLillo. Remnick follows the the new Russia of Vladimir Putin and the Israeli-Palestinian conflict through the eyes of former Israeli Prime Minister Benjamin Netanyahu and ascendancy of the Hamas Party after they swept the Palestinian elections in January.


Remnick, 47, was raised in New Jersey and educated at Princeton University. He was a reporter for the Washington Post and won a Pulitzer Prize for his book “Lenin’s Tomb.” Remnick joined the staff of the New Yorker in 1992 and became editor in 1998. Remnick spoke with freelance writer Dylan Foley by telephone from his home in Manhattan.

Q. Why did you pick this title and how did you structure the book?

A. I liked the simplicity of “Reporting.” Clearly, it is not a book that has one idea, one mood, one venue running through it. As a journalist, part of my interests were shaped by what I was assigned to cover when I was a young newspaper reporter. I started at the Washington Post. The only job that was around was in the sports section. As the low man on the totem pole, I was assigned boxing. Ethnically and journalistically, Russia and the Middle East are where I am from.

Q. How do you get time to edit the magazine and write these long, involved profiles?

A. I have a fantastic and indulgent colleagues. We are blessed by having fabulous editors. You know, I don’t do anything else. Ninety-five percent of my time is spent editing the New Yorker and being with my family. Five percent of my time is not taken up by playing bridge, building model airplanes or taking vacations. I am not really good at that. I take that time to get out of the house and into the world a bit. For me, that means reporting. I think it helps me to be a better editor.

Q. How did you prepare for your interviews with Tony Blair and others, and what are your goals with these profiles?

A. I try to read as much as is humanly possible. With Blair, there are a lot of political biographies about him. In the case of Solzhenitsyn, his body of literature is enormous. I tend not to write about people who are unknown. What I am trying to do is to find these people that we think we know and to try to get them at a particular moment in time, to try to go a little deeper into what makes them the way they do and to see if they will reveal themselves in a way they haven’t quite done so before. After Al Gore didn’t become president in 2000, he went into the high grass for a while. He wasn’t a recluse, but he wanted to teach, give his lectures and make some money. He wasn’t particularly eager to talk to the press, but I convinced him to do the interviews. It was a fairly revealing piece.

Nowadays, the machinery of celebrity is designed to frustrate anything beyond a surface interest. As an editor and as a writer, if I come against this, I prefer to walk away rather than participate.

Q. How did you get interviews with such intensely private writers like Philip Roth and Don DeLillo?

A. Partially by being a pest. You don’t want to underestimate the the effectiveness of persistence. Ninety percent of life is showing up. The other 10 percent, where journalism is concerned, is being a pest. Not a repellant one, but your job is to put this interview on the top of their dance card.

Q. You became the editor of the New Yorker right at the time the Internet was beginning to explode? How is the New Yorker addressing the new technology?

Q. As a former newspaper man, how do you view the problems facing daily newspapers, from the cutting of reporting staff to the shrinking number of editorial pages?

It’s a very complicated situation. Newspapers are facing an existential crisis and they are battling for their very existence and place in the world. It is a difficult time. As somebody who thinks newspapers rae a crucial part of the democratic republic, I hope they figure it out.

Q. As a close observer or the Israeli-Palestinian conflict, do you think that Hamas sweeping the Palestinian elections will bring more hope for peace or an unstable, dangerous situation in the region?

A. I am not Jimmy the Greek. I don’t make predictions. It’s now been 40 years of the post-1967 occupation of the West Bank and Gaza. The big questions are do the Palestinians have a coherent politics, does that politics include a two-state solution and not pressing for more? That’s what the Israelis want to know. What the Palestinians want to know is if the Israelis are serious about providing a Palestinian state that is a true, contiguous state and not a collection of (South Africa-like) Bantustans. Answer? The arrival of Islamic fundamentalism in the picture is not positive. The ascent of Hamas is going to make things much more difficult in the long term.

Q. How do you see the relationship between the [Bush] White House and national media?

A. The New Yorker doesn’t have a White House correspondent, but I will say that the flow of information is more restricted than it ever has been. The sense of hostility, the sense of “us and them” from the White House has not been this profound since the Nixon era.

(This interview ran in the Newark Star-Ledger in May 2006)