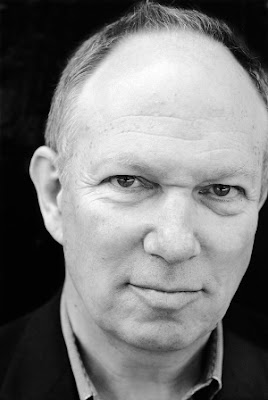 In 2004, Dutch filmmaker and political gadfly Theo van Gogh was shot and killed on an Amsterdam street by Mohammed Bouyeri​, a Dutch-born Islamic radical. Van Gogh​, the grandnephew of the painter Vincent van Gogh, had made films and written newspaper columns that Bouyeri had deemed insulting to his Muslim faith.

After the murder, the acclaimed Dutch-British journalist Ian Buruma went back to his native Holland to cover the aftermath of the murder. What Buruma discovered was a society that prides itself on its openness and liberalism grappling with Islamic radicals, as well as their treatment of their own Dutch-born Muslim youths.

In his resulting book with its grim subtitle, "Murder in Amsterdam: The Death of Theo van Gogh and the Limits of Tolerance," Buruma writes a wrenching account of a polarized Dutch society. The Dutch, who had thrown off the strictures of their own Christian conservatism four decades ago, are now faced with a vocal and small minority of radicalized Dutch Muslims. The Dutch radical right grumbles about Holland being swarmed by immigrants, a tiny selection of Islamic extremists threaten jihad and the Muslim and non-Muslim moderates are squeezed in the middle. Van Gogh's murder is a window into the common failures of immigrant integration in Europe and the violence that can be related to free speech.

"My first visceral reaction on the murder was that I knew Theo van Gogh," said Buruma in a telephone interview from Amsterdam. "I had been on his talk shows several times. My reaction was surprise. Nobody expected this."

Van Gogh was famous in Holland for his newspaper columns, where he delighted in baiting Muslims by using offensive terms. His last movie, created with Ayaan Hirsi Ali​, a Sudanese-born politician and social activist, became his death warrant. It was a film called "Submission," consisting of naked women with verses of the Koran inscribed on their bodies.

Bouyeri, van Gogh's killer, was an aimless young man filled with rage. He developed his fundamentalist Muslim ideology by reading dubious translations of the Koran on the Internet. "Bouyeri was a loser," said Buruma. "He was a pathetic figure but a dangerous one. Adolescents and young men who don't know their place in the world fall into a kind of despair and are attracted to deadly causes. They dream of sacrificing themselves and others to a great cause. Bouyeri was an example of that, a loser who hadn't found his place in the world."

For all its self-congratulatory liberalness, Holland has fostered a Muslim immigrant underclass. In the 1950s and 1960s, single men from Morocco, Turkey and other Muslim countries came to Holland to take the hard, dirty and low-paying jobs the Dutch would not do. They mined coal, worked in gas plants and heavy-industrial factories, destroying their health in the process. The men's families followed and their children were born in Holland. The immigrants wound up in concrete ghettos, their children left with limited options.

"The original immigrants did not really have immigrant status," said Buruma. "They had an in-between status that left them hanging. Their children were often lost between two worlds."

"In Western Europe, and Holland is an example, even though immigrants are tolerated, it is very difficult for them to become Dutch or British or German," said Buruma. "It is hard for them to know what to assimilate to. They are not hated, but are treated as outsiders."

The bleak subtitle of Buruma's book, "The Limits of Tolerance," permeates his story. "In a small, exclusive and relatively free society, words didn't come at a price," said Buruma. "You could insult each other without it leading to any violence. With extreme religious believers, if you insult God, you insult them."

In the book, van Gogh comes across as an unappealing character. He relentlessly mocked Islam, accusing a whole religion of bestiality. If he had an opponent who was Jewish, he'd use anti-Semitic slurs. "Theo had a polemical side on his Web site and in his magazine columns where he showed himself at his most belligerent and hostile," said Buruma.

Buruma spends time with Hirsi Ali, in the aftermath of van Gogh's killing. The charismatic Ali underwent horrific female circumcision as a girl in Africa. She came to Holland as a political refugee, lost her faith and became an atheist and crusader for battered women in the Muslim community and was elected to the Dutch parliament. She also became a strident critic of Islam. With numerous death threats, Hirsi Ali had bodyguards 24 hours a day.

"The value of Hirsi Ali is that she's started the debate on Islam in the first place," said Buruma. "She brought attention to the social problem that there are immigrant women who are abused by their husbands and that Islam is used for justification for this. She's also been useful in making people less naive on the revolutionary movements in Islam. She's misguided. She's a convert. She was a believer and now she's an atheist. She attacks religion more fiercely that someone who was never religious."

In his interviews for the new book, Buruma met with several people who hold the hope of Holland's Dutch Muslim community in their hands, from a prison chaplain to a devoutly religious law student. "One has to be very careful not to be monolithic about Muslims," he said. "There is a small revolutionary fringe that is dangerous, but you have more thoughtful people who are trying to reconcile religious beliefs with the secular life in Western democracies. They have to be encouraged."

Hirsi Ali left Holland for America, Buruma said. "Life here became increasingly impossible for her. ... Hirsi Ali has joined the American Enterprise Institute," he said of the conservative think tank. "She's ambitious. She wants to play a role in a bigger world."