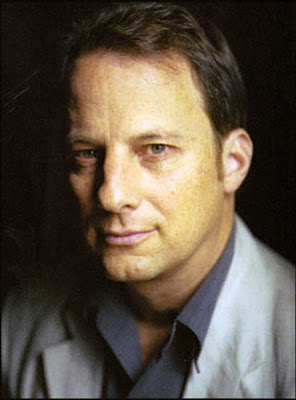 In 2005, the New Yorker writer George Packer published “The Assassins’ Gate,” his searing indictment of the Bush administration’s grotesque mishandling of the Iraq War, where he accused our government of betraying the American troops and the Iraqis alike. In his book, “Interesting Times: Writings from a Turbulent Decade”(FSG, $28) Packer explores the eight years of America’s “war on terror,” trouble spots in the world and the moral sea change after the election of Barack Obama as president.

Packer has worked as a war correspondent in Iraq and in Africa. In the nuanced essays in the new book, Packer looks the lessons of counterinsurgency work in Iraq, the callous and disastrous failure of the American military and State Department to protect Iraqis working as translators and analysts in Baghdad, and trouble spots in the world from the sadistic civil war in Sierra Leone to the exploding megacity of Lagos, Nigeria. His essays leading up to and after the 2008 presidential election map out the radical changes in the American political system. Packer’s collected works from this decade show an adept balance between in-depth reporting and astute political analysis.

Packer, 49, has been on the staff of the New Yorker since 2003. He met with freelance writer Dylan Foley at a cafe near his home in Brooklyn, N.Y.

Q. In your new book, you define the period between the attacks of September 11, 2001 and the election of Barack Obama in November 2008 as a distinct era in American history. Why?

A. History may prove me wrong, but it seemed to me that the first nine months of the Bush years were a continuation of the post-Cold War America. America was still living the illusion that history doesn’t mean “us.” September 11th was a jolt out of that daydream. I thought this tragedy was a great opportunity, but we were cursed in our leadership. The next eight years was a relentless squandering of that opportunity.

My friend the New York Times journalist Dexter Filkins once said to me in Iraq, “It’s possible that we (America) are just not that good anymore.” The Iraq War was like a stress test. It was a measure of the health of the organism that is America. We’ve failed on every count. That’s not because Bush was president, though it is partially that. The war showed the slow decline that’s been going on for sometime. With Obama, there is a possibility [FRAN--PLEASE ITALICIZE ‘POSSIBILITY’] of a national renewal.

Q. Your most devastating essay is “Betrayed,” how the U.S. government and military hierarchy has virtually abandoned Iraqi translators and employees to almost certain assassination by Iraqi insurgents. How did this happen?

A. Think about it...our war strategy was based on the message of the day, not how the war was going. The message that Iraqis who worked with us were in grave danger was not a good message, therefore it was squashed as if it would go away. That made it worse. The indifference to the consequences of our actions and the bureaucratization of our foreign policy created the situation. There are a million rules preventing these guys from being helped.

Q. In a quartet of essays from 2008, you trace the fall of the conservative movement and its immolation by George W. Bush, the historic choice by Americans to cross color lines to elect an African American president, and the rise of the new liberalism, where you raise parallels between Obama and Franklin Delano Roosevelt. How do you view these essays now?

A. The excitement of the election certainly colored my piece on Obama, but I don’t back off from the basic argument of the four pieces. There was a clear understanding by Americans that something had gone wrong and that government needed to be part of the solution. We’ve learned a year later that though the conservative movement may be dead, there are some violent reflexes to the corpse, as seen from last summer’s healthcare town halls and the Republican Party’s implacable resistance to Obama’s domestic policies. I think Obama also came into office with a naive view of his bipartisan vision. It took him a while to realize that the Republicans did not want to be involved with him. Obama is a more cautious president. He doesn’t like to get his hands dirty or to be involved in losing causes. Lyndon Johnson was willing to risk everything over and over again. Then he lost everything, but he did some great things.

(Originally published in the Newark Star-Ledger in November 2009)
Posted by Dylan Foley at 2:14 PM