The Unintended Sequel by An Accidental Bestselling Author 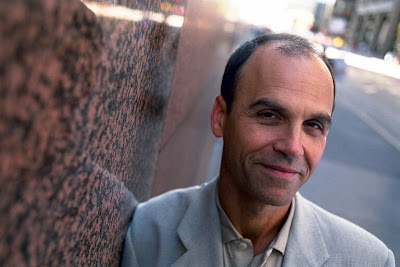 In his 1987 debut novel “Presumed Innocent,” lawyer Scott Turow detailed a titanic courtroom battle between the prosecutor Tommy Molto and a defendant named Rusty Sabich, a distinguished lawyer accused of murdering his mistress. In the process, the book became a megabestseller and Turow set the gold standard for the modern courtroom thriller, spawning hundreds of lesser clones.

Twenty-three years later, Turow has published “Innocent”(Grand Central, $28), a courtroom rematch between Rusty and Tommy, and the sequel Turow vowed never to write. Rusty was acquitted at the earlier trial and became an appeals court judge in the fictional Kindle County, somewhere in the Midwest. Tommy is now the acting county prosecutor. Rusty’s troubled wife is found dead of apparent natural causes, but an autopsy indicates otherwise, and Rusty is again charged with murder. Tommy must prosecute the case at the risk of destroying his career and possibly sending an innocent man to jail.

“I had said repeatedly that I would never do a sequel,” said the 61-year-old Turow from his home in Evanston, Illinois. “In 2005, when I finished my novel “Ordinary Heroes,” I found myself writing a Post-It that said, ‘A man is sitting on a bed, where the body of a woman lies.’ It sat on my desk for six weeks. I finally looked at it and said, ‘This must be Rusty Sabich. The woman must be his wife Barbara. How did they stay married?’ I was off to the races.”

The new novel is Turow at his best, pulling together the domestic dramas of unhappy marriages and adultery, fast plotting and brilliant courtroom showdowns. “Innocent” is an exploration of power, deceit and the brutal pursuit of truth and justice.

In “Innocent,” Kindle County is the stand-in for Chicago, the city where Turow still practices law.

“Kindle County evolved in a totally accidental manner,” said Turow. “I had written ‘One L’ (Turow’s memoir of his first year at Harvard Law School) and I was well aware of the dangers of being accused of writing a roman a clef. It would have been a real peril to my legal career if people thought that I was writing about the people I was meeting in practice.

“It couldn’t be Chicago, so I called it Kindle County. It has had an immense meaning for me to see how my characters changed over the years, to see people from a distance, then to see them, like Tommy Molto, grow in their own skin.”

Tommy has matured, with some of the rough edges sanded off, and actually finds happiness through a late marriage and a young child. “In two decades, he went from being a zealot to being a fair prosecutor,” said Turow. “He’s motivated by simple things--love of family and loyalty to the law.”

Rusty’s life has been more bleak. “Rusty’s had complete triumph in his professional life after the first murder trial,” said Turow, “but he’s still not happy. He wants to go to work every morning, but doesn’t want to go home. His marriage is desperately unhappy.“

Rusty has an affair with a law clerk. The affair ends, and his son, a lawyer in his twenties, unknowingly takes up with the same woman. Rusty’s wife dies and he is indicted for murder. As the trial starts, Rusty broods over his human failings that got him into trouble again.

In the new novel, Turow brought back Sandy Stern, Rusty’s tough and sophisticated defense lawyer who has appeared in all of Turow’s legal thrillers. Though dying of cancer and brutalized by chemotherapy, Sandy is ready for battle and still capable of lobbing courtroom grenades.

“Growing up, my parents had a friend who was a Cuban refugee, an extremely elegant man,” said Turow. “Sandy’s physical form is drawn from him. Sandy is imbued with the best qualities of what a defense lawyer does.”

Twenty-three years after “Presumed Innocent,” Turow admitted that his career as a world-famous writer was somewhat accidental.

“I did not expect ever to be a bestselling novelist,” said Turow. “Today, when I look back, the great break of my literary career was leaving academic life for law school. The law gave me a subject and it really tapped into my passions.

An astute reader will notice that the main characters Rusty and Tommy are both around 60 when the novel takes place, as is their creator.

“This book is a very frank exploration of what happens at this stage of life, when the kids are gone and the professional tasks are mostly completed,” said Turow “They call these the ‘golden years,’ but that’s not always so. Yet it is an incredibly rich time. This part of life is characterized as stable, but it’s not. Friends die, careers start to dwindle, marriages fail. You have to accept the inevitability of change, or the gods will trample you.

Despite the eight bestsellers, including “The Laws of Our Fathers” and “The Burden of Proof,” Turow still practices law for a prestigious Chicago law firm, doing pro bono work on murder cases.

“I am working on a case now in Illinois,” said Turow, “where a young man was tried twice for murder. His public defender, despite the man’s two convictions, one for the death penalty and one for the 80 years he is now doing, believes that his client is innocent.

“The DNA from this man’s case have been as surprising as one of my novels,” said Turow. “You’d expect that the DNA tests would find that the man was guilty or innocent. To some extent, we found neither. How’s that for a teaser?”

(Originally published in the Denver Post in May 2011)
Posted by Dylan Foley at 5:26 AM