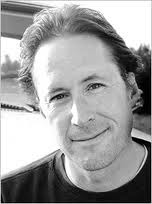 In his breathtaking book “Hellhound on His Trail: The Stalking of Martin Luther King, Jr. and the International Hunt for His Assassin”(Doubleday, $28), the journalist Hampton Sides recreates the path of the murderer James Earl Ray, from his escape from a Missouri prison in 1967 to his one-year odyssey hunting the civil rights leader.
With lush prose and meticulous historical research, Sides follows Ray as he travels from Mexico to Los Angeles and Birmingham, Alabama, in a strange route pursuing his quarry. He also draws a heartbreaking, dignified portrait of the flawed King, embattled on all sides as he has the realization that his life is doomed. Under the alias Eric Galt, Ray makes cunning moves and sloppy mistakes in his assassination of King in Memphis, Tennessee, on April 4, 1968. In a thrilling two-month manhunt, the FBI uses shoe leather and forensic science to help capture Ray in England. Sides’ book is devestating look at King’s murder and the still-open American wounds of racism and violence.

Sides, 48, is the author of the nonfiction bestsellers “Ghost Soldiers” and “Blood and Thunder.” He spoke with freelance writer Dylan Foley by telephone from his home in Santa Fe, New Mexico.

Q. You are from Memphis. Why did you decide to write about the King assassination?

A. I was only six years old at the time, but it was one of the first historical moments that I remember. There were real fears that there were going to be more riots in Memphis after King’s murder.

Q. You say in this book that you’ve used a novelist’s methods without a novelist’s license. What do you mean?

A. I wanted to have a tactile, atmospherical quality to the book, to bring in facts like architectural descriptions and things like the weather. There was a tornado watch the night before King’s assassination, as James Earl Ray entered Memphis. As a younger writer, I grew enamored of the “new journalists” like Joan Didion, who bring in as much novelistic details as possible.

Q. How would you describe James Earl Ray?

A. As an historical character, he was a gift that kept on giving, from his escape from prison in a bread truck to his dance lessons as a fugitive. He really wanted to be someone. He was smart in a certain way, but he was ill-educated and semiliterate. There was a history of mental illness. He took a lot of information in, but didn’t always connect the dots. What were Ray’s motivations? There was his racism, a possible bounty on King’s head and a desire to do big things. Ray desperately wanted to improve himself and was looking for fulfillment. He was not sure if he wanted to be a porn director or if he wanted to kill King.

Q. Could you describe Martin Luther King’s mindset in March and April 1968?

A. I subtitled the book "the stalking of Martin Luther King” because he was being stalked not just by James Earl Ray, but by history, fate and the FBI. There was dissent in black America over nonviolent protest. King was a nervous wreck. He was drinking too much and felt he was not worthy of leading the civil rights movement. There were infidelities and other vulnerabilities. By showing these weaknesses, I found I could identify with King and had more of a sense of loss over his murder. I did not want him to have a halo, but to be more human.


Q. How did the FBI handle the Ray manhunt?

A. It became one of the major themes in the book, the irony that the very agency that tried to smear and destroy King was given the job of finding his killer. I think there was a desperation by FBI Director Hoover, who despised King, to prove that his agency wasn’t dragging its feet. The detective work was amazing.
Posted by Dylan Foley at 9:49 AM