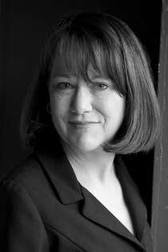 In “This Book is Overdue: How Librarians and Cybrarians Can Save Us All” (Harper, 288 pp. $25), writer Marilyn Johnson has created a nuanced and adoring look at modern librarians — how they are remaking America’s public libraries in the internet Age while protecting the nation’s civil liberties.

Johnson’s exquisite book taps into the radical changes that libraries are going through. She blows apart the librarian stereotypes of stiff, prim matrons. Librarians have blogs now, some have extensive tattoos and funky haircuts, but in Johnson’s eyes, they are still committed “intellectual social workers,” educating whoever comes through their doors in the face of brutal budget cuts. Johnson tells of librarians who faced down the Bush administration over the Patriot Act, and of wild librarians who perform dance routines with wooden book carts at librarian conventions. Johnson has created an uncompromisingly optimistic book celebrating the thin red line of highly educated and often grossly underpaid men and women who keep Americans literate.

Johnson, 55, was on staff at Esquire and Life Magazine and her last book was “The Dead Beat,” a history of obituaries. She lives in Westchester, N.Y., where she spoke from her home by telephone with freelance writer Dylan Foley.

Q. You’ve written this quirky book about modern librarians. Why?

A. Librarians have had my back for so long. They helped me so much when I was a magazine writer and when I was writing my book on obituaries. With the new book, I realized I was writing about a profession that was undergoing seismic changes.

Q. Could you tell us about the Connecticut Four, a small group of library administrators who, at great personal risk, battled the Bush administration on privacy abuses involving libraries under the Patriot Act?

A. Librarians had been monitoring the Patriot Act since the beginning. These librarians are committed to patron privacy on their computers, feeling that this privacy is as sacred as the voting booth. You should have the right to check out anything you want without the government looking over your shoulder. When the Patriot Act was put in place, librarians realized right away that the government could rifle through your records without you even knowing about it. The attorney general at the time said they were hysterical, that the government wasn’t going to be doing that. And of course, they were all over the libraries. These librarians faced gag orders and could not even talk to their spouses about what was happening. They risked jail time.

The court case happened in 2005, but privacy violations are still a serious issue under the Obama administration.

Q. There seems be a gap between some librarians who are technophobes and often a younger generation that embraces blogs and virtual libraries to promote their work. How is the use of new technology shaping up?

Q. In your book, you tapped into wide social circles of librarians. What was your experience?

A. One of the great things about these librarians is that they are out there on the web. Once you stumble on one, you find a whole group of them. Librarians make up one of the most connected professions.

Q. Darien, Conn., is one of the cities most hard hit by the recession, but it recently opened a futuristic, web-oriented library. Could you describe the place?

A. The Darien library is a symbol of hope. It is a community center, a vibrant place and cutting-edge triumph in the context of a city that has lost so much. The library is there to serve the community, but they define their community as anyone who wants to come there, not just people in their tax district. The library thinks of itself as belonging to the community.

(This interview ran n the Newark Star-Ledger on February 6, 2010)