Edmund White on his Autobiographical Stories in "Chaos" 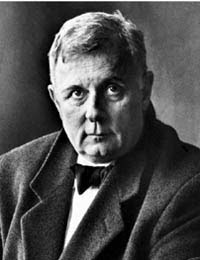 In his new book “Chaos: A Novella and Stories,”(Avalon, $22) the novelist and Princeton University professor Edmund White throws autobiographical details into his fiction to create a witty exploration of contemporary gay society. In the title novella, a distinguished writer in his sixties pushes himself to the brink of physical exhaustion and financial ruin pursuing much younger men.

White takes an unflinching look at aging in the generation that survived the Stonewall Riots, gay liberation and the ravages of the AIDS epidemic. With humor and exquisite writing, White puts his main characters, all older gay men, into a wide range of situations, from an academic on vacation in Key West who pays a dancer for sex, to Jack in “Chaos,” who pursues a tortured love affair with a younger Mormon man.

White, 67, was raised in the Midwest and Texas, and educated at the University of Michigan. He is the author of more than 20 books, including “A Boy’s Own Story,” “The Beautiful Room is Empty” and “The Farewell Symphony,” an acclaimed biography of Jean Genet and the memoir “My Lives.” He has taught creative writing at Princeton since 1998. White spoke with freelance writer Dylan Foley at his apartment in New York City.

Q. Do you see the new stories and novella as autobiographical in nature?

A. The stories really aren’t autobiographical. They are the kind of stories I like to write, where I take a situation that I inhabit and try to imagine someone I know or somebody slightly different in that situation. For instance, in the story “A Good Sport,” I was Greece last summer like the main character, but he was based on a translator I know who is incredibly refined, passive and self satisfied. He’s entirely different from me because I am needy all the time. The story also takes place in Istanbul, where I once lived and liked to imagine the translator living, where he may have had or not had an affair 20 years ago. Maybe it is just the opium that he is smoking.

Q. The stories often satirize elements of your own biography, referring to characters as semi-famous novelists or older gay men mockingly referring to when they were beautiful. Why?

A. I’ve always had this self-satirizing vein. It sits more easily in fiction like “Chaos” than in a memoir. Self-satire makes people uncomfortable in a memoir because you can be seen as too hard on oneself. It’s cringe-making material when you say, “This is Edmund White talking about Edmund White’s problems.” When you are writing in the third person and it is called a novella, even if people suspect it is autobiographical, there is still a formal distance. I see Jack as partially based on me, but not entirely.

Q. In these stories, what interests you about aging in the gay community?

A. I feel that I am very much of a generation which was into owning up to the reality that we inhabited, and even glorifying it in some ways. I belonged to the Violet Quill, which was a writing group. We were one of the first group of gay writers that addressed gay readers. Earlier books like James Baldwin’s “Giovanni’s Room” had been apologies for gay life, addressed to straight audiences. We, however, assumed that the readers already were sophisticated about gay life. It wasn’t our job to be sociologists or anthropologists about gay life, but to get on with the story. Now that the three surviving members of our group, myself, Andrew Holleran and Felice Picano, are all getting older, we write about getting older.

Q. At one point in “Chaos,” Jack’s editor attacks him for pitching another gay novel. Is it truly that hard to publish gay fiction?

A. It’s true. It’s impossible. I think that gay fiction is the last thing that any editor wants to see crossing their desk because it doesn’t sell. I’m considered the best-known gay novelist in the United States today. If it’s true that it’s hard for me to get published, then it is much harder for others. True, there are novelists like Michael Cunningham who are post-gay. They might have one gay character, but they have other straight ones. There is David Sedaris, but he’s a comedian. For people who really write about gay people living in a gay world, it’s been an era of diminishing expectations, partially because literary fiction has been tanking. Literary novelists who used to sell 30,000 copies now sell 9,000. Gay writers with smaller fan bases sell less well.

Q. Another line in the novella refers to the dumbing down of American society? What do you mean by this?

A. When I teach literature to my students, I’ll make a reference to John Milton and they’ll scratch their heads. They don’t read Milton anymore. That means people read less. To discuss gay life specifically, there was definitely a feeling decades ago that to live in a big city like New York, to be gay, you had to have an opinion about the opera, you had to know something about the ballet. You had to have read a few of the prominent books of the time. A lot of that was social and cocktail party talk. That has all vanished. Gym culture has replaced that.

(Originally published in the Newark Star-Ledger in June 2007)