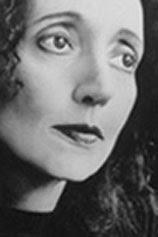 In her 35th novel, “My Sister, My Love: The Intimate Story of Skyler Rampike”(Ecco, $26), Joyce Carol Oates creates a fictionalized, riveting account of a horrific crime similar to the JonBenet Ramsey murder, telling the story through the eyes of Skyler Rampike, a 19-year-old man still haunted by the murder of his sister Bliss, a six-year-old champion figure skater a decade before.
Since his sister’s murder, Skyler’s has been in and out of mental hospitals and reform schools. He writes about his horrid parents, the manipulative and insane Betsy and the philandering business executive Bix. Betsy creates Bliss, the tiny skating sensation, a bright little girl tortured by fame and killed in the basement of the family mansion. Skyler mourns his sister, and with black humor and numerous footnotes recounts his twisted family’s history, his sister’s unsolved murder and his own slim hopes for redemption. Oates’ frenetic novel shows a brilliant writer at the top of her game.

Oates, 70, was raised in upstate New York, and has been a professor at Princeton University since 1978. She has written more than 120 books, from novel to nonfiction work, to essay and story collections. Oates met with freelance writer Dylan Foley at her publisher’s office in Manhattan.

Q. How did you decide to base a novel on the infamous murder of JonBenet Ramsey?

A. I had the idea to write a novel about a young person that would be in a family that had become infamous. Because it seemed so obvious to me that we now live in a tabloid culture in which both celebrity is celebrated and mocked, I originally had the idea to write about a young person who would be the child of a person like O.J. Simpson. Then I changed the subject. To write a novel, you have to have many threads of thought. I had written an essay several years ago for the New York Review of Books on the books on JonBenet Ramsey’s murder. I was very interested in the subject because it was an unsolved murder. With O.J. Simpson, even though he was acquitted, it doesn't seem like an unsolved murder. With the Ramsey murder, it is likely that it will never be solved.

Q. You satirize the awful parents Bix and Betsey Rampike and their pill-popping suburban New Jersey milieu. Why?

A. Right now, we are in a highly pharmaceutical society. I am very struck by the degree to which drugs are prescribed. Literally in my own community in Princeton, N.J., there is probably not anyone who isn't taking some sort of drug. There are many antidepressants, and children are taking drugs at very young ages for attention-deficit disorder and any variety of "ailments" that maybe 20 or 50 years ago would just seem to be moods. Sometimes there are boys that are bad boys or girls that are shy, but everything today is given a pharmacological imprint. Added to the problem with his parents, Skyler is going to be medicated and he and his sister are always on some kind of medication.

Q. What interested you in writing about the damaging world of child stars?

A. It was a very shocking world. There is the recurring footage of JonBenet Ramsey wearing a cowboy hat and singing. Her mother trained her to be a little monkey. Bliss for me was a stressed child. She wouldn't have had any of this strange child sexuality unless her mother had trained her. In some ways, I identify with Bliss, because I have been writing since I was very young. There is the feeling that you try very hard to make people look at you, respect you and love you. I had parents who were very kind, so it wasn't that intense. Most children are to some extent performing for their parents, wanting their parents to love them, to be so proud. If a child has a parent who withholds love, they will try harder and harder. If a child doesn't have a parent, like Marilyn Monroe, they become desperate.

Q. What made your write so movingly about Skyler's 10 years in Tabloid Hell?

A. Being from an infamous family, your name is damned, no matter where you go. I am also very sympathetic to Skyler. There have been things written about me in a biography, that though they were not necessarily malicious, a friend had said something anonymously. I felt betrayed by this person, a person who had probably had dinner at my house.
(This interview originally ran in the Newark Star-Ledger in July 2008)